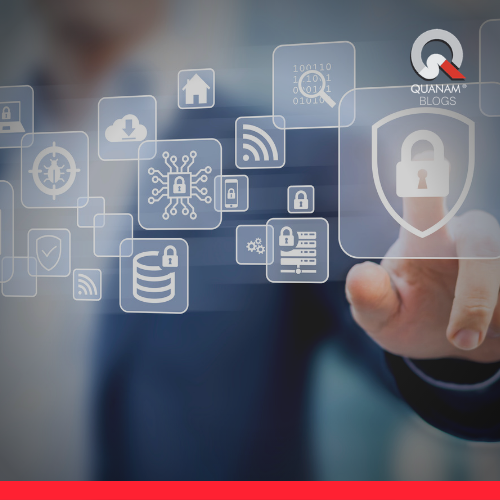 What is meant by the word “fraud”?

Action contrary to truth and righteousness, which harms the people against whom it is committed – Royal Spanish Academy

In law, fraud is intentional deception to secure unfair or unlawful gain, or to deprive a victim of a legal right. Fraud – Wikipedia

All fraud definitions agree on the fact that fraud is a loss-benefit ratio. A harmed benefactor, individual or organization, believe that fraudsters commit fraud to obtain a profit in misappropriate manner.

Therefore, not to mention ethical considerations, the act of fraud involves deception and circumventing control mechanisms to obtain a profit or something that someone else does not want to give.

This operation has two fundamental consequences: first, a fraudster knows that they will obtain a benefit only if they are not discovered; therefore, they deeply hide their behavior.

Second, fraud is dynamic. In the field of organizations, fraud has a diversity of forms, actors, and mechanisms, so its detection and detective tasks are only the beginning. To protect organizations from losing value, an iterative and feedable process must be run.

Who is our corporate Sherlock Holmes?

Classic fraud detection methodologies are based on analysis carried out by experts fully acquainted with the business. A functional analyst will take the following steps to complete a detection process:

The main weakness of the following approach is step one, because it requires the analyst to imagine fraud situations. Although a business expert knows better than anyone the system’s weaknesses, quite often, imagining cases and finding out where to start, is a slow and frustrating process, due to the large amount of information and starting paths. Moreover, the time taken performing this task could be spent in step three of the process, where it is essential that analysts spend their time to create direct value to an organization.

Thanks to the large amount of data organizations store, today we can work with a data-driven approach or based on statistical procedures, Machine Learning and Big Data techniques. These tools are used to create effective methods for detecting suspicious cases or unusual behavior, and to automate steps 1 and 2 of classic fraud analyses.

These methods seek to provide an analyst with a roadmap based on an organization’s data, which is like a library of “treasure maps”: it is no longer a matter of going through the analytical path in pursuit of a case of fraud but follow the indications of multiple cases of fraudulent behavior, even unthinkable by the researcher. This expands an analyst’s chances to detect fraud by targeting anormal behavior.

The main advantages of generating a data-driven fraud detection system are:

However, it is important to note that as organizations evolve and controls are strengthened, fraudsters are compelled to find new ways to commit fraud without being exposed. Their behavior resembles very closely ordinary behavior, therefore, a comprehensive fraud detection system, based on statistical methods and digital tools provides the organization with the ability to adapt to the dynamism of fraud detection.

Who pulls the System’s strings of fraud detecting?

Referring back to the question of “Who’s the Sherlock Holmes?” The answer in a system’s case is teamwork. A task as dynamic as fraud detection demands a work methodology teaming the synergy of technical actors, data scientists, and functional experts. The new workflow involves the following steps and actors:

The final question is to learn which statistical and Machine Learning methods automate this fraud detection.

The answer is in steps 1 and 3 of the working methodology explained in the previous section, i.e., the selection of techniques and models depends on the task and scope we want to assign to fraud detection, and on the data we have.  There is no one answer, nor a recommended approach. Consequently, I will theoretically raise the pros and cons of the three paths which have been most used to perform fraud analysis, in recent years.

These methods involve finding behaviors that deviate from standard data. To this end, ordinary behavior must be identified, and apprehended, while records that do not adapt to these depicted profiles are highlighted.

These models generate groups or clusters of individuals based on defined variables, such as their access to clusters. It is pivotal to know each and every profile for later interpretation, and because they indicate which records they belong to according to their characteristics. However, even within their group, certain variables reveal they have abnormal behavior.

The model would differentiate, with some degree of statistical reliability, whether a new event is among known fraud cases.

Fraud modeling through social media analysis is a visual tool to discover interconnections and association networks among individuals, companies, and different entities related to one or multiple fraudulent behaviors.

These models identify a network’s scope, how communications flow, and discover unthinkable patterns, by means of graphical and statistical analysis.

For the sake of the article’s brevity and approach, I decided not to go into details as to which algorithms are used in each model[1], I preferred to advocate for the importance of a systemic approach when it comes to fraud detection and analysis.

As a result, my final reflection remarks the complementarity of these approaches, the more techniques I can integrate into my Fraud Detection System, I can increase my chances of anticipation, and adapt not only to the characteristics of organizational fraud, but complement it with the analysis of fraudsters, while improving fraud historical cases or casuistic, which in turn, will provide feedback to other parts of the system.

Another feature to point out is the dynamic nature of the task. Undertaking fraud detection projects usually engages us in tasks similar to the famous cat and mouse games, that is, it is not only the detective who seeks dynamic methods of detection but also fraudsters seek new loop holes in the system, so the game starts again. Therefore, it is important to include audit and maintenance mechanisms in Fraud Detection Systems to monitor the validity of case studies to remain at the forefront of knowledge related to fraudulent behaviors in the sector.

In short, owing to the rise of intrinsically dynamic data science, changing and sometimes mutant because it is multidisciplinary, static business rule systems became systems which provided feedback, automatic but evolving methodologies of fraud detection. Companies would gain value if they thought of the task as a constantly evolving transversal system, by embarking on complementary projects or models to attack the phenomenon from multiple fronts. This would prevent and detect fraud, consequently reducing losses while protecting their organization.