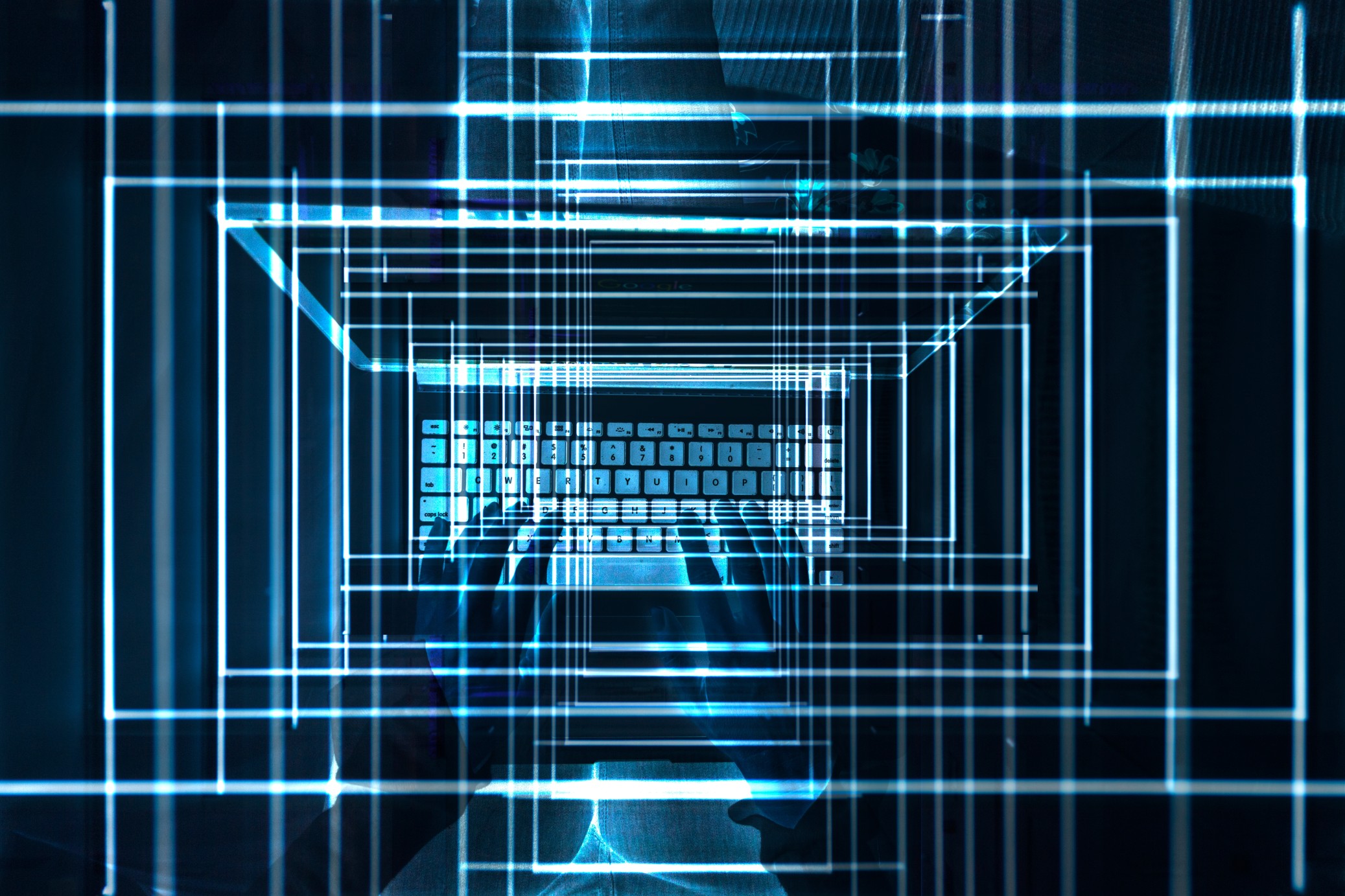 By mid-1998, I wrote an article, (a blog in today’s jargon), for Quanam’s Newsletter entitled: The end of distance.Its rationale was that the lower the costs of information processing and telecommunications, the shorter the distance between people and companies, up until practically or totally such separation disappeared. This would possibly be the most significant factor that would shape up  society at the beginning of the twenty-first century. Other changes would follow, because of new combinations of communications and computers.

That blog pointed out that:

“The Internet phenomenon is today the visible face of a technological change that will revolutionize how people live, work and do in their free time, much as electricity or automobiles did in the past.

Half a century ago, it would have never crossed our minds the transformations the telephone, the television and the computer would have in economy and society. But the combination of these three technologies, and computer networks, is potentially a qualitative leap from where we are now. Currently, the three industries have separate identities: television is not interactive, Internet is a mediocre telephone, and phones are not designed to receive video images. However, that will change, and when it does, it will be a new revolution in the world.”

“The elimination of distance means that it will no longer determine the cost of electronic communications. Consequently, location will no longer be a key to business decisions. Companies can locate computer-based activities anywhere in the world. Therefore, countries such as Uruguay can perform on-line services (i.e. help desks, call centres, write software, etc.) and sell everywhere. Additionally, a company’s size will be irrelevant. Now, small companies can offer services that previously, only the giants had the scale to afford.”

We all know that Quanam has seized the opportunities that new information technologies have opened. No wonder we have worked in almost every country in America and Western Europe, over the past twenty-five years.

At present there is a new paradigm. Transformations are not over, there is no stability. On the contrary, changes continue increasingly faster. That is why this phenomenon has been named tech-celeration. Perhaps, one of the major effects of the pandemic that we are going through is that the trends derived from the adoption of new technological behaviour have been accelerated.

Online purchases had already started; payments were gradually going digital; online teaching was becoming more frequent; and more people worked from home, at least part of time. Suddenly, and abruptly in many countries, the pandemic pushed people out into a future where these behaviours would have been widespread. Ranging from video conferencing to online shopping, the use of technological tools has reached levels that were not expected until many years from now. Which future are we referring to? 2022? Not really, it is believed that we are experiencing 2025 or 2030.

Back in May 2020, McKinsey consulting firm said:

“Recent data shows that we have advanced five years in terms of consumers’ digital practice, and businesses about eight weeks. And as to online shopping in the U.S.A, progress was even faster: A ten-year growth in three months.”

The pandemic has accelerated changes and transformations in sectors historically adamant to change, such as education and health. Reduced mobility and lockdowns have stimulated remote learning and work, demonstrating that this is possible on a large scale, with the right tools and support. Like everything else, these experiences also have a downside and impacts on society, which will have to be mitigated.

Sectors such as tourism, restaurants, and street commerce which have been the hardest hit, have either been converted, in whole or in part, or have disappeared. Activities that thrive on line or on the cloud have grown.  Future is not so clear cut, but we will certainly not return to the world as it was before the pandemic.

Previous generations went through traumatic events such as pandemics, world wars, and the holocaust. Ours, had no first-hand contact with tragedies, until COVID-19.  But a new question inevitably rises: has this pandemic taken us fully by surprise? Was there nobody aware that it could occur? The answer was not within the reach of a layman ,but a experts did know.

In the book “Deluge: animal infections and the next human pandemic”,

published in 2012, David Quammen tells us:

“I have asked a two-part question to many eminent disease scientists, including some of the world’s experts on Ebola, SARS, bat-borne viruses in general, HIV, and viral evolution: (1) In the near future, do you think a new virulent and transmissible disease may emerge, that could cause a pandemic on the scale of AIDS or the 1918 flu, killing tens of millions of people? and (2) If so, what does it look like and where does it come from? Their responses to the first part range from Perhaps to Probably. Their responses to the second half focused on RNA viruses, especially those for which the receiving host is some kind of primate. None of them have disputed the premise, that if there is a Next Big One it will be zoonotic.”

Some lines below, the same author writes:

Burke, currently dean of the Graduate School of Public Health at the University of Pittsburgh, delivered a lecture in 1997 (later published), where he listed the criteria that certain types of viruses might feature, and could potentially cause a new pandemic. “The first criterion is the most obvious: recent pandemics in human history,” Burke told his audience. This would address orthomyxoviruses (including influenza) and retroviruses (including HIV), among others. “The second criterion is the proven ability to cause large epidemics in populations of non-human animals”. This would again refer to orthomyxoviruses, but also to paramyxovirus family, such as Hendra and Nipah, and coronaviruses, a virus later known as SARS-CoV. Burke’s third criterion was the “capability of intrinsic evolution”, i.e. that they are prone to mutate and recombine (or regroup), which “makes a virus capable of emerging and causing pandemics in human populations”. His examples returned to retroviruses, orthomyxoviruses and coronaviruses. “Some of these viruses,” he warned, citing coronaviruses in particular, “should be considered serious threats to human health. Their evolution is extremely rapid.”

Finally, we will describe the crucial role that tech-celeration played in the development of vaccines, the only sustainable means to combat the pandemic.

Only two months ago,   Derek Thompson published  an article in The Atlantic: How mRNA technology can change the world, as follows:

“Armed with years of clinical work on mRNA, based on decades of basic research, scientists solved the mystery of SARS-CoV-2 with astonishing speed. On January 11, 2020, Chinese researchers published the genetic sequence of the virus. Moderna’s mRNA vaccine prescription was finalized in approximately 48 hours. By the end of February, batches of the vaccine had been sent to Bethesda, and Maryland – USA, for clinical testing. Its development was accelerated by the U.S. Government’s WarpSpeed Operation, which invested billions of dollars in several candidate vaccines, including Moderna’s.”

The case of Pfizer-bioNTech vaccine was very similar. Both companies had designed their vaccine candidates four weeks before the U.S. confirmed the first death of COVID,- and Moderna had been producing batches of vaccine to be clinically tested more than a month before the World Health Organization declared the pandemic.

Vaccines were obtained very quickly. The previous vaccine development record had been four years in 1960. This time, several vaccines against COVID-19 were developed in less than one year.

P.S.: For further reading on these topics I recommend the video of The Economist: How covid-19 is boosting innovation, which illustrates with examples of drone deliveries, e-learning, and haute cuisine takeaways, among others, how the COVID-19 pandemic has forced many companies either to adopt digital technologies or to run the risk of extinction. The film analyses why crises foster innovation and lessons for businesses, as they prepare for the post-t-pandemic era.

On another level, the video of a conversation moderated by journalist Kara Shuster, held between Daniel Kahneman and Yuval Noah Harari, two outstanding intellectuals of our time, tries to shed light on the future, from their own perspectives.